MIC Construct W.L.L., contacted LDD, for drilling and grouting support on the Musaimeer pumping station and outfall project, which is owned by Ashghal, the Qatari Public Works Authority.

MIC Construct W.L.L., contacted LDD, for drilling and grouting support on the Musaimeer pumping station and outfall project, which is owned by Ashghal, the Qatari Public Works Authority.

The scope of the project includes the construction of a pumping station with 10 pumps with auxiliary facilities, and the construction of a 10-kilometer tunnel. The pumping station will operate at a capacity of 19.7 cubic meters per second, its function is to pump water from Musaimeer Tunnel to the new outfall tunnel. This will provide a sustainable solution to discharge surface and stormwater.

The client required grout installation into a large sump at the base of a subsea large diameter drilled socket, to provide material of sufficient quality for future tunneling/drilling operations. This would be followed by the connection of a large diameter glass reinforced plastic (GRP) shaft liner to a drilled socket face by grouting the annular space between the two and finally, installation of a grouted cap at the top of the shaft.

The main challenge was that the project included two large volume grouting operations, the biggest of which was over 175m3 volume. This volume required a robust solution to ensure that the full volume of grout could be mixed and pumped in one go without any stoppages, whilst mitigating the risks presented by the hot climate.

LDD provided a large pan mixer to maximise the batch sizes that could be produced during operations, thus maximising the installation rate. The mixing and pumping systems provided are robust, powerful, units that offer a reliable solution, minimising the risk of unplanned stoppages.

For the grouting operation, a “tremie” pour method was used, where the grout was pumped through a “tremie pipe” or “stinger” rather than fixed grout lines. This allowed the level of grout discharge in the annulus to be raised, ensuring that LDD were constantly pumping into workable grout. This approach allowed for a long grouting operation and ensured grout quality would not be compromised by the length of the operation.

This project was unique due to the grout volume; 175m3 of grout is an unusually large volume for subsea operations. Using a single grouting spread and completing the grouting in one operation is a complex, demanding and potentially high-risk operation, therefore the project needed a reliable mixing and pumping system and a carefully planned approach to grout placement, based on Acteon’s grouting expertise, to allow for continuous operations over a large volume.

The grout was installed with accuracy and precision without any stoppages or wash outs avoiding cold joints subsea, proving that large volume operations with high-strength grout are achievable even in extreme climates. The high output grout delivery rate from the large pan mixing system reduces the grouting project equipment footprint and allows for larger pours to be completed in a single operation.

John Paul O’ Sullivan, Head of Projects (Grouting) at LDD said; “This was an unusual and complex project but through early engagement with our client on the material to be used, we were able to complete the necessary lab testing and help to engineer the complete grouting operation which resulted in our largest continuous operation to date.”

Jerome Buchter, Project Manager at MIC Construct said; “The grouting operation, by its large volume and its irremediable aspect in case of problem, was the most critical activity of the project. During this operation, we could not afford any technical interruption in the grouting activity but also in all operations of grout supply to mixers. The preparation of this activity in coordination with Core has been the key of our joint success.” 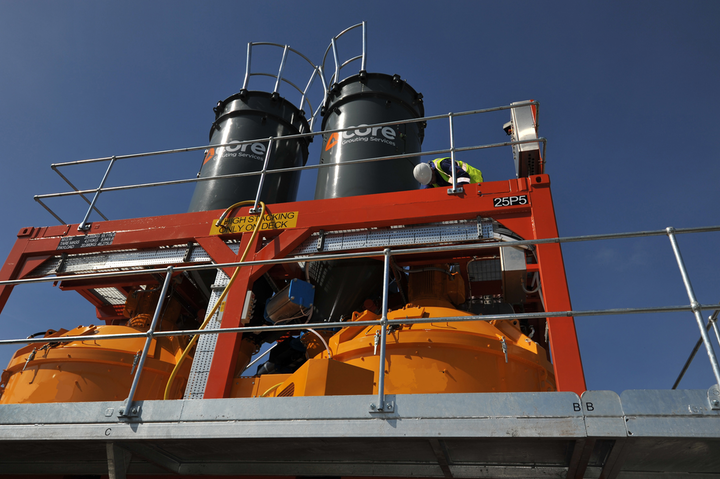 “Through early engagement with our client on the material to be used, we were able to complete the necessary lab testing and help to engineer the complete grouting operation which resulted in our largest continuous operation to date.” 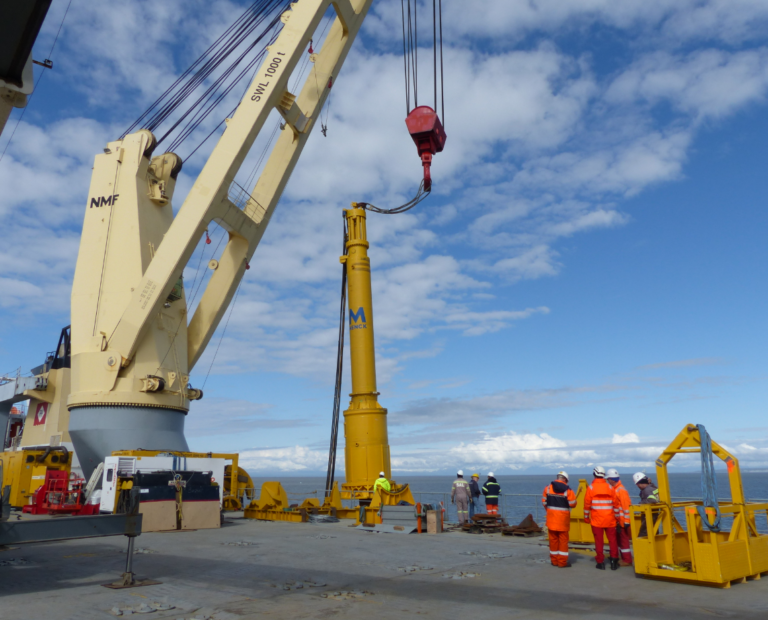 We apply decades of experience to provide foundations services for marine energy assets. We are recognised as technical experts in advancing “smart” technology and trusted to deliver high-quality, engineered solutions to our customers in the most challenging conditions.