Woodside Energy Limited contracted Benthic, a Geo-services brand in Acteon’s Data and Robotics division, to conduct an offshore geotechnical soil investigation for the Scarborough gas field. The Scarborough gas field is located on the Exmouth Plateau and lies within the North Carnarvon Petroleum Basin, approximately 375km northwest of the Burrup Peninsula in Western Australia. The concept proposes up to seven subsea, high rate gas wells at start up tied back to a Floating Production Unit (FPU) moored in approximately 900m of water. A proposed 430km pipeline will transport the gas to an existing onshore LNG processing plant. Benthic was engaged by Woodside to complete CPT, sample holes, Ball Penetrometer Tests, seismic testing and box coring to support the concept selection and FEED entry and final investment decision, by validating engineering assumptions to progress foundation designs to greater levels of certainty and maturity. 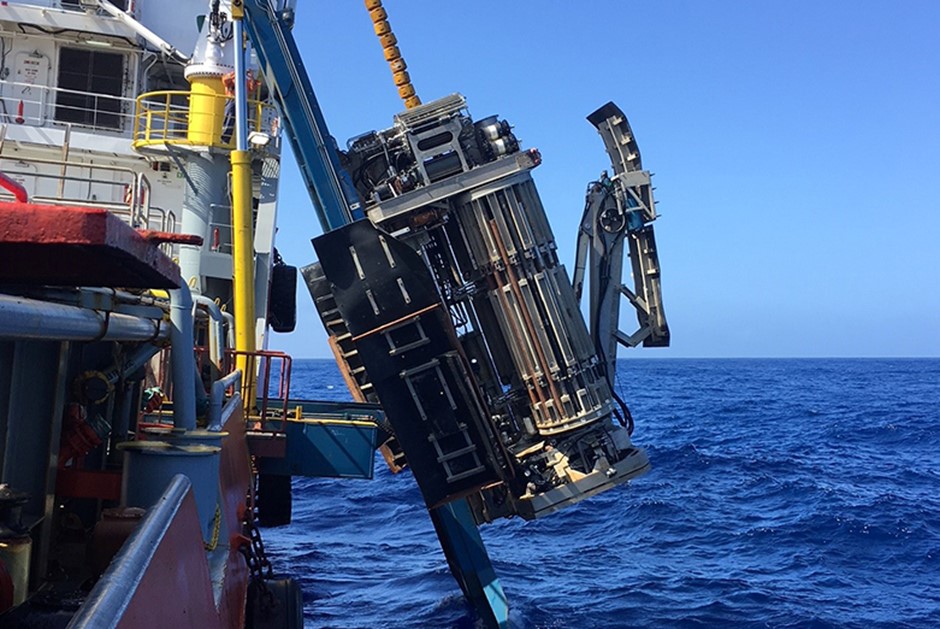 Six locations were completed adjacent to subsea infrastructure comprising two locations adjacent each side of three separate live infrastructure pipelines. Prior to completing these locations, the vessel was setup on location and completed positioning trials to assess the prevailing environmental conditions. The locations were only completed where the environmental conditions created a drift-off position, as a consequence prevention measures in the event of a complete vessel blackout and loss of station keeping. Target positions were as close as 250m to the pipelines. Benthic worked with our client to comply with all permit conditions and complete the work in a safe manner.

Five CPT and sample locations and six (2 re-runs) box core locations were performed on seabed slopes greater than 10°. At these locations, Benthic completed risk assessments and local gradient checks using onboard survey equipment to confirm the gradient and bearing of the seabed. The PROD was then positioned over the target test location and landed, then monitored for 30 minutes prior to commencing geotechnical testing to confirm no movement of the machine was noted, and no unexpected movements occurred. The works over the steep slopes were completed without incident or damage to equipment with one test location being 18.8° and two other test locations located on a slope greater than 17°.

Benthic’s PROD was able to complete 233 individual test locations within 57 days, including one scheduled port call for crew change-out and five production days lost as a result of evasion plans for Tropical Cyclone Riley. In water depths between 70m and 1,390m, Benthic acquired 1,500m of CPT data; 550m of undisturbed samples; 25 Seismic tests intervals over 60m length and 38 box core samples within this timeframe. This testing included one CPT completed in a single push to 80m depth. PROD’s unique footing design also allowed us to collect data from the mud line.