Replacing anodes on a like-for-like basis subsea can be costly, time-consuming and has a number of safety risks due to the weights and attachment methods. This is where Deepwater’s RetroBuoy Impressed Current Cathodic Protection (ICCP) sled was considered the most cost-effective solution for Shell and the Leman Alpha complex.

The Leman Alpha offshore asset is a five-platform bridge-connected complex located in the UK sector of the Southern North Sea approximately 50km from Bacton. The complex is jointly owned by Shell and ExxonMobil and operated by Shell. The original platforms were installed in 1967 and the produced gas is exported to Bacton gas terminal via pipeline. The gas produced from a number of surrounding platforms is also processed on Leman Alpha before being exported to Bacton.

Shell have been going through a series of upgrade projects to extend the life of the complex for the next decades. It was determined that the original anodes installed on the AD1 jacket were nearing the end of their useful life, and the anodes on the other original jackets (AD2, AK and AP) would likely be consumed before the revised decommissioning date. Deepwater in collaboration with Shell conducted a feasibility and concept study of a number of possible retrofit CP solutions for the complex, this included a like-for-like replacement of galvanic anodes, galvanic anode sleds mounted on the seabed, jacket mounted ICCP anodes, a tensioned ICCP system and a remote ICCP system.

The study showed that for Leman Alpha a remote ICCP anode system was the most viable bespoke option as it had the lowest total installed costs, while protecting the entire complex rather than just a single platform. The project also included a new CP monitoring system to ensure the correct operation of the ICCP system. Deepwater developed a new acoustic wireless device to allow subsea readings to be taken from the platform topside, details of this can be found under the separate case study.

The Deepwater RetroBuoy is a 500 Amp ICCP anode sled that houses tethered mixed-metal oxide coated titanium anode tubes in buoyant floats. This keeps the anode elements in the seawater and prevents them from being covered in silt, which would reduce their effectiveness and hence the total current output of the sled. The RetroBuoy is powered using a single power cable with the anode tubes connected to a central pressure compensated junction box in the centre of the RetroBuoy. For the Leman Alpha project, the unique challenge was the strong tidal currents of shallow water, in this case, 35m. After an in-depth analysis, it was concluded that the RetroBuoy would experience water flow and seabed movement higher than any previous location it has been installed. The solution was to dramatically increase the weight from the standard 3600kg to 9200kg, lower the centre of gravity to make it more stable on the seabed and to add a secondary set of float tethers to reduce the movement of the anode modules.

Another challenge was the seabed cable being affected by the sea currents and the rolling sandbanks. After reviewing different options including increasing the size and weight of the cable, it was determined that it would be necessary to cover the entire length of cable on the seabed with concrete mattresses which provided stability and cable protection. Additional mattresses were positioned around the RetroBuoy to prevent scour. The mattresses were rationalised to a size of 6m by 2m and the chosen solution was the FLXMAT system.

FLXMAT is the next generation of a concrete mattress. Rather than having a reusable steel mould, the concrete is cast directly into plastic shells that stay in place meaning there are no sharp edges that could damage the cable. Using this concept of plastic shells, the mattress can be cast anywhere with enough floor space and can be configured to any size, shape and weight that the project needs. This concept allowed Deepwater to assembly the concrete mattresses right on the quayside, reducing handling costs as no road transport was required to load the mattresses onto the installation vessel.

A total of 94 concrete mattresses were required for the project. The concrete mattress installation frame was able to “fast lift” these onto the installation vessel in batches of five to save time during the vessel loadout. Two installation frames were provided so that while one was being used to install a mattress subsea, the second frame could be prepared for lifting the next mattress. This arrangement, in combination with the frames quick release mechanism, allowed individual mattresses to be installed subsea on the cable in as quickly as 20 minutes.

On the platform topside, three dedicated oil cooled transformer rectifier (TR) units, each powering a separate RetroBuoy, were provided to supply the required DC current for the ICCP system. The units were custom made in stainless steel, ATEX certified for use in zone 2 hazardous areas and sized to be able to move between the platform structural bracing to reach the installation area.

For any offshore subsea cable, the most vulnerable section is where the cable goes through the splash zone, from being suspended in water to being suspended in air. At this point, the cable is most susceptible to fatigue and wear due to the wave motion. To protect against this the subsea cables are usually routed through an I-tube, J-tube or similar. For older platforms, spare J-tubes were rarely installed, and when they were they are usually all used by the time life extension is being considered. For Leman Alpha there were no cable routing options available, so a new J-tube solution was required which can be quite costly. Retrofitting new J-tubes on a structure can be expensive, however, this cost was significantly reduced by using two of the empty well slots to retrofit four new J-tubes on the platform. This allowed the cable protection to be installed completely from the platform topside without any subsea intervention. The subsea cable was then pre-installed with a centraliser on the vessel deck such that as the cable was pulled into the platform the centraliser was positioned at the J-tube exit. The installation of a centraliser eliminated another potential failure point for a subsea cable. At the topside the cables are supported by a split flange, with junction boxes installed directly above for connection to the topside power cables.

The complete CP system on the Leman Alpha complex was retrofitted using Deepwater’s remote ICCP anode RetroBuoy system with all subsea materials installed in 17 days, this included debris clearance, concrete mattress installation and subsea monitoring system installation. This is significantly less time than the 190 days that was estimated to replace the anodes on a like-for-like basis with aluminium anodes, and as a result, the total installed cost was also considerably less. The project was based around using the proven design of the RetroBuoy and customising it to the project conditions and strong sea currents.

An advantage of the RetroBuoy ICCP system is that it is modular so for future projects, the number of subsea RetroBuoys can be scaled up or down to meet the CP current requirements. The RetroBuoys and other subsea equipment were installed entirely by Remotely Operated Vehicles (ROVs) so there was no need to put divers into the water. This mitigated the safety risks of divers, kept the installation vessel deck clear for other equipment and increased the operational time as the ROVs were able to operate in conditions that divers could not. The materials for the Leman Alpha ICCP retrofit project were engineered, delivered and installed within eight months of project approval with the entire project complete, including commissioning, within 12 months. 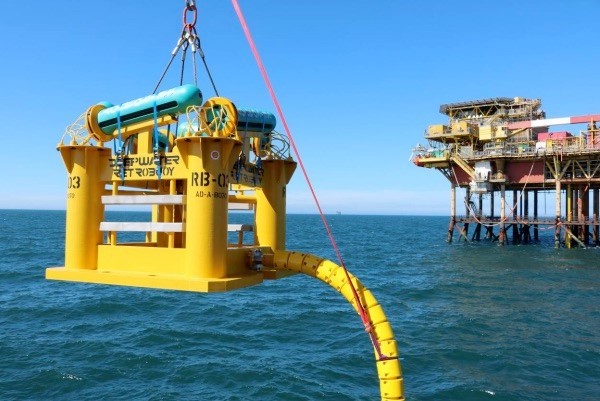 After commissioning of the new ICCP system, the measured CP readings have shown that the RetroBuoys have shifted the CP potential of the Leman Alpha complex. The CP potentials have been affected across all of the platforms proving that the entire complex can be protected from corrosion by only the three RetroBuoys on the seabed. The success of the project was largely thanks to a close working relationship between Shell onshore, the platform personnel and Deepwater along with a small team of key suppliers and contractors. By Shell providing a dedicated and dynamic team, engineering questions and system approvals could be carried out effectively in minimal time.

The Shell and Deepwater team members were also carried through from concept all the way to commissioning, this provided consistency with the original concept being developed over time.

The concept of the RetroBuoy remote ICCP system was treated as a trial on the Leman Alpha complex on the basis of developing a global solution to be provided to Shell’s ageing assets across the globe. Deepwater is looking forward to seeing what challenges are next, learning from existing projects and customising the solution to new environments and projects.

“The concept of the RetroBuoy remote ICCP system was treated as a trial on the Leman Alpha complex on the basis of developing a global solution to be provided to Shell’s ageing assets across the globe.” 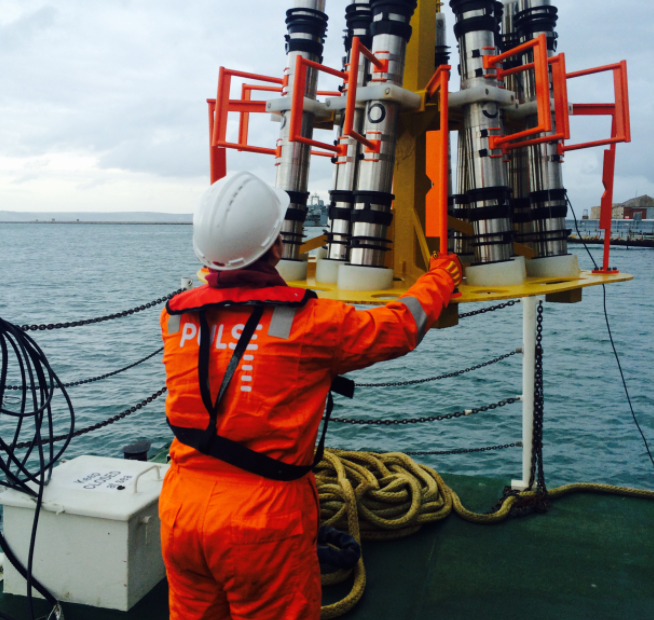