Benthic, a Geo-services brand in Acteon’s Data and Robotics division, returned to Argentina to complete a site investigation utilising PROD3. Benthic had previously completed a program for the Client in a neighbouring field in the winter of 2010 with PROD1. The scope of work included geotechnical site investigations at the proposed platform location, one well location, and 34 additional sites along the planned export pipeline. Operations included boreholes and CPT at most locations, as well as a seismic borehole at the platform location in water depths ranging from 80m to as shallow as 13m for the pipeline.

Following a maintenance period in Uruguay, the PROD3 spread was mobilised onto the Farstad Far Scout in the Montevideo port. The Far Scout is a Brazilian flagged, 80m x 18m, Dynamic Positioning Class 2 (DP2) offshore tug/supply ship. Despite the notoriously severe winter weather in the area, Benthic completed the project with only 30% weather downtime, an impressive feat. 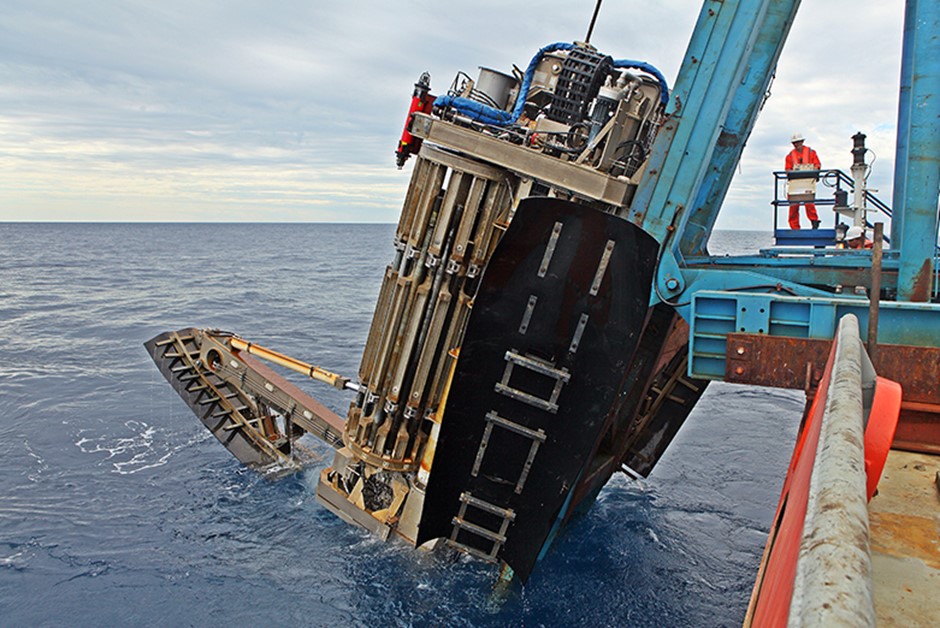 In order to operate without an Argentinian crew, Benthic required a flag waiver. This would only be valid for a 30-day window, and the commencement date of the window had to be nominated a full 30 days in advance. Additionally, factoring in the winter weather of the area, it was ambitious to complete the full work scope (optional scope included) in the 30-day window. With PROD3 maintenance ongoing and mobilisation yet complete, it was a challenge establishing a start date for the flag waiver window. Too early, and you run the risk of not completing mobilisation in time and sacrificing field time. Too late, and there’s a full crew and vessel waiting on standby. Planning of pre-project activities was critical to maximise field up-time. A new crew were boarded at the beginning of the Flag Waiver window to remove the need for a crew change.

In order to export the samples, Argentinian authorities required that the entire shipment be of Argentine origin. This required the sample liners, core boxes, and transport pallet cages be manufactured in Argentina. Given the short timeline and criticality of each of the items (especially the liners), this was not possible.  Instead, Benthic had to obtain a special importation license which required proof that local suppliers were not able to manufacture the items Benthic required. This posed a serious risk to the commencement of the project given the 30-day flag waiver commencement date had already been notified.

With the majority of the work scope along the export pipeline in shallow water and high tidal currents, the high turbidity resulted in zero visibility on PROD’s cameras. Visibility was so poor that PROD operators reported that they were not even able to see ‘shadows’ pass over the camera as drill tools and other functions passed in front of lights in the machine. Fortunately, while risk of human error is increased, PROD operators were able to rely solely on PROD’s automation and sensor feedback and completed the entire program essentially ‘blind’.

Despite unexpected Montevideo Port Strikes, vessel repairs, poor fuel and thus unexpected port calls, the operations team were able to complete the project within the 30-day flag waiver window. This included 26 boreholes and 16 CPTs along the pipeline to 3-5m drill depth, 1 20m borehole, 2 CPTs to 20m, 1 borehole to 80m, and 1 20m seismic borehole. All in the heightened weather conditions of winter, and with zero PROD camera visibility.