Following previous deepwater project success in Mozambique, Occidental (previously Anadarko) awarded Benthic, a Geo-services brand in Acteon’s Data and Robotics division, the contract to carry out survey services for the shallow water sections associated with the extensive onshore loading and berthing facilities in Palma Bay. Palma Bay and the surrounding area is an undeveloped region, with virtually no durable infrastructure such as roads, airport or port facilities. Having worked in the region over several years, Benthic was ideally placed to set up and support such a substantial and remote operation. 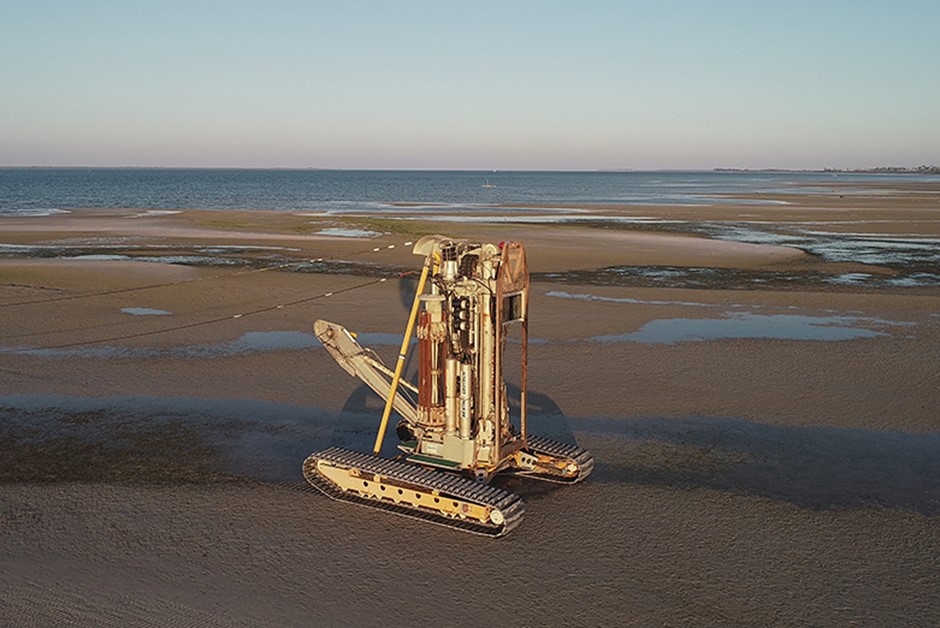 The most obvious challenge for the Palma project was the water depth, which ranged from 4m above the water line to 30m subsea and had a 2-3m tidal range.  The scope of work included over 100 investigation sites, with over half of those in water depths less than 6m.  As the investigation was mainly for foundations, the borehole and in situ test depths were between 30m and 90m below the seabed, which is not easily available to less sophisticated equipment.

In addition to the water depth and the lack of onshore facilities, the deteriorating security situation became a significant factor that favored a marine solution rather than a combined onshore/offshore solution. Occidental’s need for high quality data led them to team with Benthic on the development of a novel, and very innovative solution.

Benthic brought TracPROD from concept to operational in 90 days, which is a stunning achievement considering the global logistics and remoteness of the region. The TracPROD solution consisted of mounting the PROD1 drilling machine onto a track system allowing the machine to be launched in relatively deepwater (7m), and track up the beach, in many cases several hundred feet from the water line.

The most visible part of the system is the track module, which was procured from SMD in the UK, based on systems used on underwater trenching machines. Within days, the contract was in place and the engineering for the interface to PROD was underway.  In the meantime, there were many issues associated with the track operation that had to be resolved in parallel, such as hydraulic cooling, string cutting, emergency recovery, remote positioning, mud and water delivery, etc.

For various operating reasons, the excursion distance from the vessel was just under 1000m, which limited access to some of the very shallowest sites. Benthic addressed this by chartering a special vessel from Holland that had the ability to work in very shallow water and could settle on the bottom during low tides if necessary.

The offshore crew with the support of the engineering department developed innovative procedures that ultimately allowed the machine to travel 2,000m from the vessel, which put most of the sites within reach of a more conventional support vessel. This innovation proved particularly beneficial as the shallow water vessel owner, after suffering some technical and financial difficulties was forced to withdraw the vessel, leaving Benthic to replace it with a more readily available, and larger vessel from Singapore. This also had the hidden benefit that it allowed us to accommodate a contingent of Mozambican marines as the security situation deteriorated rapidly and seriously towards the end of the project, which would have been impossible on the smaller vessel.

Despite the many challenges, all sites were successfully investigated, and the offshore project was closed out in July of 2019. Benthic’s TracPROD system has become another attractive capability in the Benthic arsenal, with one confirmed contract in place and several ongoing bids as a direct result of this achievement.