Two Retrobuoy™ systems for a fixed platform in the South China sea.

The Lufeng (LF) 13-2 WHP is a fixed-production platform owned and operated by the Chinese National Offshore Oil Company (CNOOC).

The four-leg structure is located in the South China Sea in approximately 430ft [132m] of seawater and was installed in 2005.

A galvanic cathodic protection (CP) system was installed at the time of construction and was designed to last 10 years.

Less than three years into the service life of the platform, it was discovered that several contributing factors had resulted in a shortened system lifespan which was predicted to be closer to five years.

Deepwater Corrosion Services, Inc. (DCSI) has been contracted to design, supply and supervise the installation of an Impressed Current Cathodic Protection (ICCP) retrofit system for the LF13-2.

Modifications were made to the proprietary RetroClamp™ to create an ROV-installable, subsea cable-management system that fixes the ICCP power cables to an existing 14” (OD) J-tube EL (-) 20,000m to EL (-) 132,000m. Systems design and supply was completed in less than six months.

The offshore installation was carried out by the Chinese Offshore Oil Engineering Company (COOEC) in conjunction with CNOOC in spring 2010.

The supplied CP system consists of: 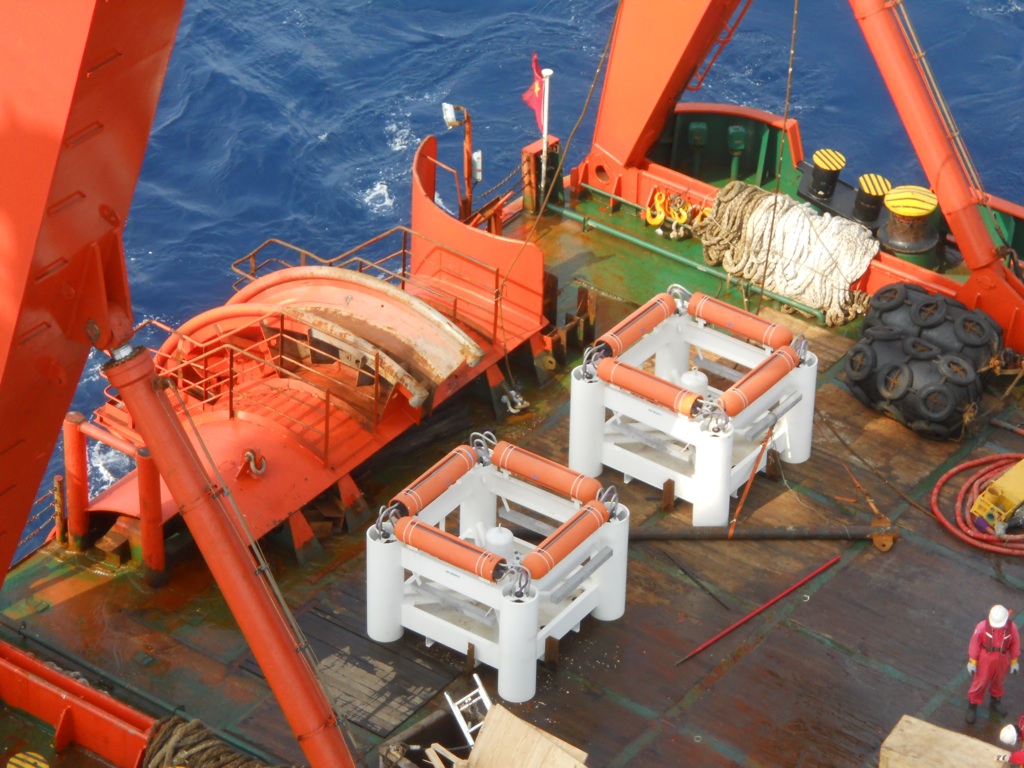 “Less than three years into the service life of the platform, it was discovered that several contributing factors had resulted in a shortened system lifespan which was predicted to be close to five years.”