According to Quest FWE, over $33 billion in floating offshore wind contract awards will occur over the next five years. As part of Net-Zero goals and ambitious energy transition objectives, offshore wind projects are multiplying around the world and floating wind systems are allowing the industry to move farther offshore towards greater water depths. This blog examines the benefits of floating wind and how Acteon can assist with the development of such projects.

One of the major cost benefits of floating wind systems is a lesser reliance on large and expensive installation vessels.

Contrary to fixed turbines which require heavy lift vessels to install the foundations, transport and assemble the parts on-site, and erect the turbine, floating turbine platforms are assembled in port and towed to site with the help of tugs and anchor handling vessels, which can bring about significant cost savings. Companies like Acteon that have extensive experience in both towing and mooring oil rigs and other offshore assets can apply mooring technology and marine installation methodologies directly to floating wind projects and provide obvious synergies as a unique installation contractor for floating wind projects, lowering installation costs and avoiding simultaneous operations conflicts with other contractors.

Assembling the parts of the floating wind system in port also means minimizing highly weather dependent operations such as offshore heavy lifts. Being able to use smaller vessels with less weather-dependent operational methods means the project can avoid serious delays waiting for optimal weather windows and has fewer safety risks. 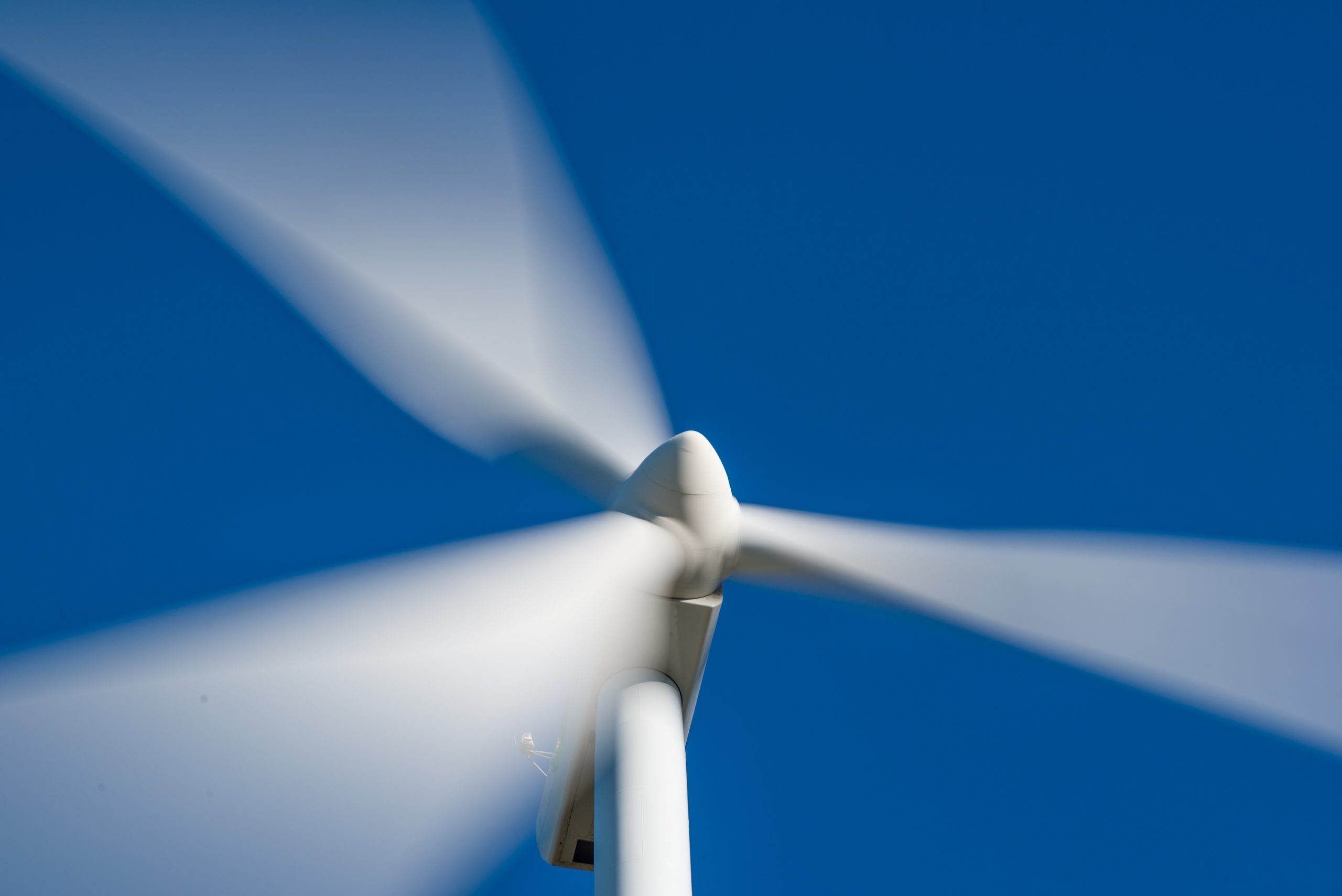 Over 80% of all the offshore wind energy resource is in waters deeper than 60 meters where bottom-fixed installations are not feasible.

As for the installation, certain maintenance operations can also take place in port, whether for turbine maintenance or part exchange and repair, avoiding the need for crews staying offshore for extensive periods as well as the need for large construction vessels.

Floating wind cost reductions are happening quickly. For example, Equinor managed to reduce 40% of the cost between Hywind Scotland and the upcoming Hywind Tampen in the Norwegian North Sea and plan to further reduce costs by 30% or more into their next 250 to 500 MW project.

By allowing the wind turbines to be installed farther offshore, floating wind farms face less of the traditional NIMBY (“Not In My Back Yard”) resistance from local communities, since visual impact over the skyline and noise issues are minimised.

Not only do they benefit from being “out of sight, out of mind”, but their installation is also less invasive than traditional bottom-fixed projects:

Not only do winds blow stronger farther offshore but they are also more consistent. Over 80% of all the offshore wind energy resource is in waters deeper than 60 meters where bottom-fixed installations are not feasible. Stronger and more consistent winds can mean that capacity factors of over 60% can be achieved for higher-depth, floating wind installations (the Hywind floating wind farm in Scotland achieved over 65% capacity factor in the first three months of operation) compared to between 45% and 60% for a fixed wind turbine in the North Sea. As a result, floating wind projects may very well lead to a better Levelised Cost of Energy (LCoE) than fixed ones.

Not only does floating wind technology allow improved access to more wind resources by moving farther offshore, but also by relying less on seabed conditions, it provides access to areas and resources normally not accessible with simply fixed foundations. For example, the offshore western coast of the United States drops off rapidly of the continental shelf and as a result, is largely impractical for fixed offshore wind. Future offshore wind development in California will likely be driven by floating projects.

Favourable impact on the local economy

As they are fully built and assembled onshore, floating wind turbines require the development of a local supply chain including specialties such as welding and assembly, electrical specialist services, heavy lifts, etc… Some shore base areas such as Great Yarmouth in the East of England have put forward their yard storage and heavy lift quay facilities for years to support the offshore wind industry. This concept has recently been taken a step forward by some authorities in the US announcing the construction of ports purpose-built to assemble offshore wind turbines, such as was announced by the Governor of New Jersey in June 2020. A University of Delaware study followed up on that announcement and recently identified two prime East Coast locations for marshalling ports in Delaware Bay.

With the development of some ports dedicated to assembling wind turbines, floating wind could have some serious positive impact on the regeneration of old industrial coastal areas.

The offshore wind industry is changing fast and floating wind is set to play a major role in its future. The industry is closing in on several platform designs but is still evaluating some prototypes. The resulting designs are unlikely to be a one-size-fits-all, as some may better fit local electricity demand and environmental conditions than others. Acteon leverages their domain knowledge in engineering, mooring, and marine installation to service this new and promising industry.

Acteon’s expertise in mooring design and marine installation spans decades. We apply our deep domain expertise to help you choose the best options, from anchoring to cable laying to installation methods, to mitigate technical risks and lower the levellised cost of energy (LCOE). 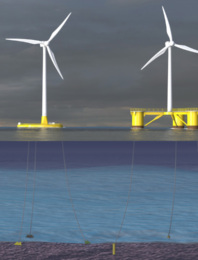 From front-end engineering to mooring services and other marine operations such as towing and cable layout, Acteon provides a wide range of specialist services and equipment. In this webinar, Tom Fulton, Head of Renewables & Mooring Development for Acteon, explains how we are meeting the challenges of the industry and how a single interface and a holistic structural approach can transform operations for clients. 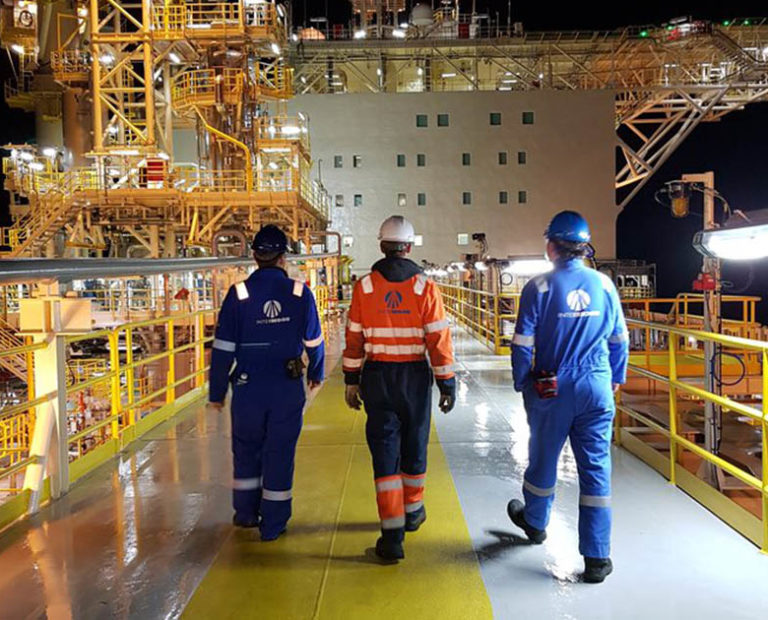 The Acteon Integrated Solutions (AIS) is your first point of contact for integrated solutions and innovative technical strategies. A delivery team lead manages relationships and collaboration with and between the Acteon strategic business segments, product and service line brands and the other service providers through an interface who is often a specialist based in our customer’s office.